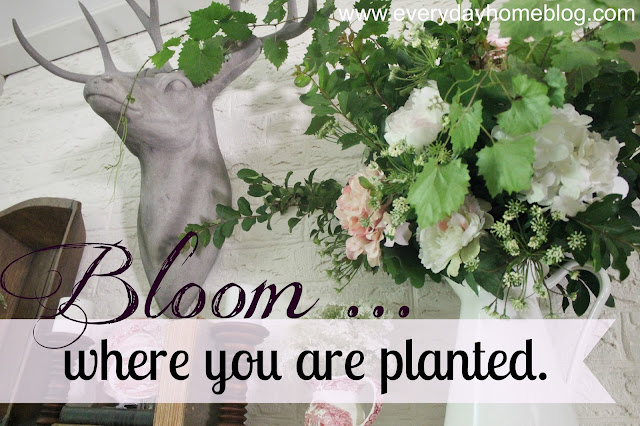 Growing up on a large North Carolina agriculture farm, I always had a bit of rebellion that I was forced to labor away at “Camp Tobacco” while my other friends were at the beach and enjoying Summer jobs at the water park where they could wear cute little swimming suits with matching hats and a whistle around their neck that made them look like an important authority figure.

A whistle was not part of the necessary uniform on a farm.  Well, not the mechanical kind you wear around your neck that is. “I wish I was not born a Farmer’s daughter,” I remember saying during one of my numerous teenage temper tantrums.  (oy!)

Honestly, if I had been my poor Mama and Daddy, I would have traded me in for a decent horse and been done with it.  🙂

My sweet Mama, patient as Job, always said the same thing to me when I was in the middle of one of my Pity Parties for One.

“Bloom where you are planted.” 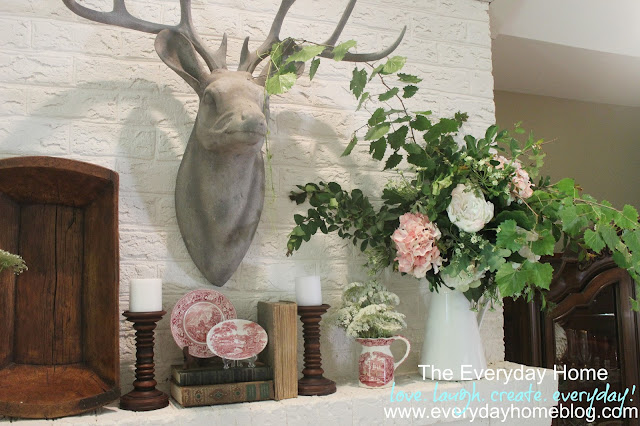 I’m not sure if she repeated this saying because:

a) She was hoping it would eventually make sense to me if it was reiterated enough.  Or….

b) She knew it would drive me crazy, as it usually did.  (which inevitably would be followed by a very well-rehearsed show of eye-rolling and stomping away.)  Or…

c) All of the above.

With my Mama’s sense of humor, the adult in me (who now has a son and three grandloves) believes it was C: all of the above.  🙂 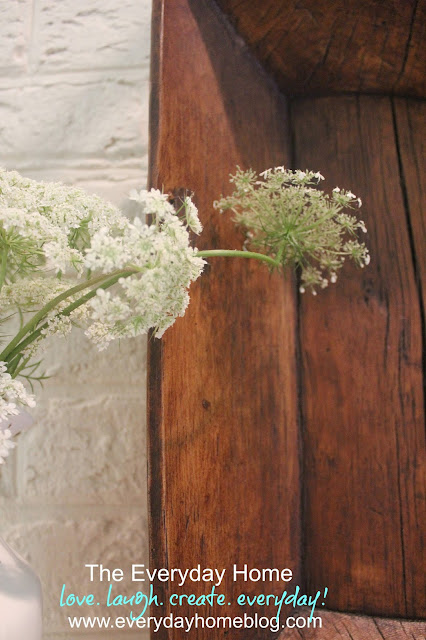 Later, after I had married my Knight in Shining Armor who wore camouflage and drove a Humvee, my Mama’s sage advice came back to play an important role in my life.  Thankfully, age and maturity allowed me to fully grasp what my sweet Mama was trying to instill into my head and make my heart understand.

The Hubbs and I and my son moved about every two years, with the exception of when we lived in Europe for three years.  Every two years, a new duty station and a new house, whether we wanted it or not. 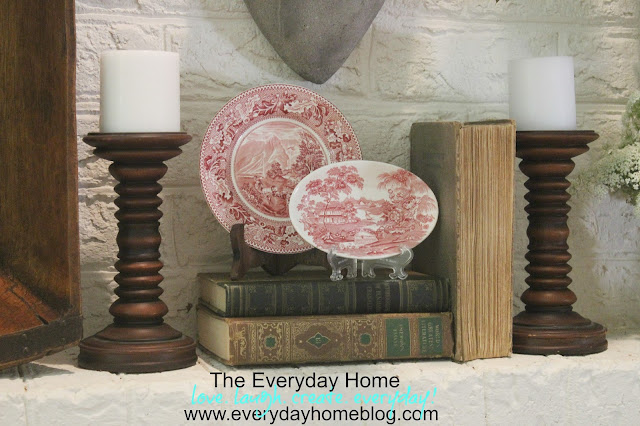 To this day, I have a magnet that my Mama sent me shortly after we were married.  It dawned on me a few years after she had given it to me, that in a round-about way, she was still repeating what she had been saying to me when I was a self-centered teenager who could not appreciate what I had.

The magnet simply said… “Home is Where the Marine Corps Sends You.”  Or, in other words –
bloom where you are planted. 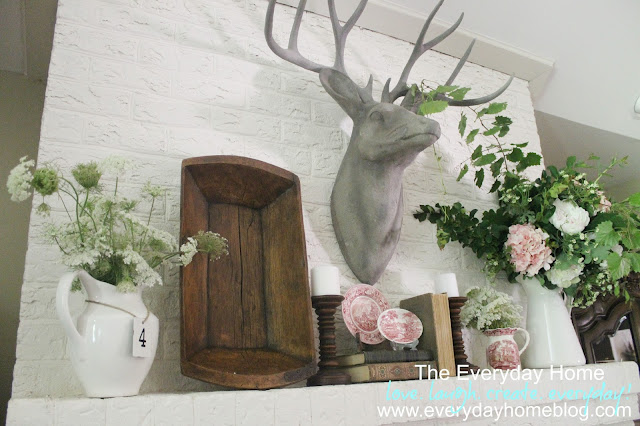 Well, as we are often warned as teenagers, history did repeat itself and I found myself on the receiving end of an eye-rolling, stomping-off-in-anger teenager.

I know being a military child must be one of the hardest things there is to deal with.  It’s hard enough to make and keep friends while dealing with all the typical angst’s children must deal with, but to make new friends and finally find a place for yourself in a strange community and school, only to be snatched away to have to do it again and again… and again.  I knew it was hard.

I also knew that my dear Mama’s insightful
advice from my teen years would probably be as well-accepted by my teenage son as it was by me. 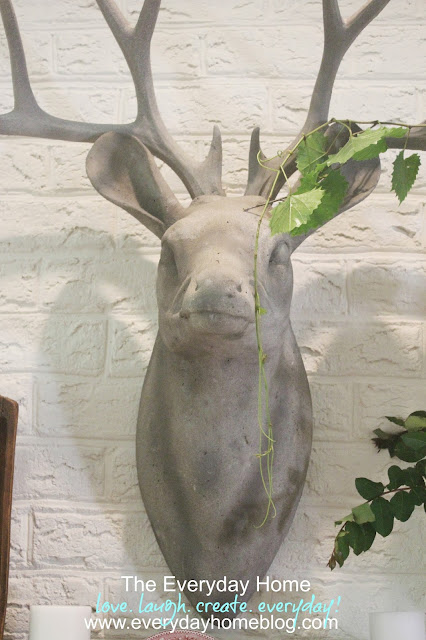 I will never forget the first time I said those words to my son after a vigorous complaining session about our current duty station.  He hated the school, he hated the kids at the school, he hated the neighborhood, etc etc etc.  I looked at him with all the love that my own Mama looked upon me, and said:
“Bloom where you are planted.”
To which he rolled his eyes, stomped off, and mumbled something to the affect of “I ain’t no freaking plant.”  😀 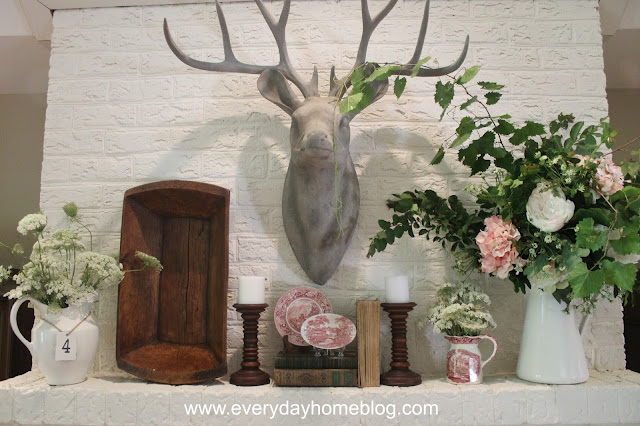 Obviously, it didn’t work on him any better than it did on me at his age.
Which brings me to present day.
My son’s home backs up to a large field.  The other day my heart skipped a beat when I saw all the Queen Anne’s Lace growing on the ditch banks of the field.
Blogging has lead me to realize many things about myself.  For example, I found out that I have OCD.  (Obsessive Clipping Disorder)  You can read about that HERE, where I created a Summertime Vignette on my Breakfast Room Table. 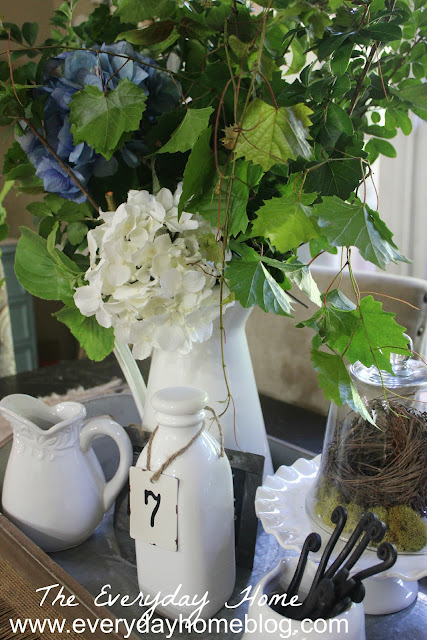 I’ve also discovered that I am a “Ditch Bank
Stalker.”  Yes, I am quite ashamed to admit it.
But, whenever I drive by a ditch bank filled with
beautiful wild flowers, such as this gorgeous
Queen Anne’s Lace, I find myself pulling over,
garden clippers in hand, to sometimes jump said
bank to get to the good blooms.
(Please know I am respectful of any wildflowers planted by the State, etc) 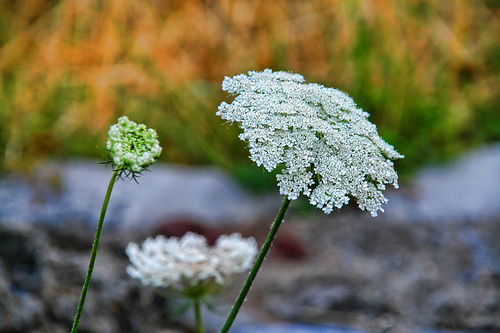 So after wading through the waist high weeds,
making sure I avoided poison ivy and creepy,
slithering things (ick!) – I emerged from the field
with a large handful of beautiful, white lacy
blooms.
I have a soft spot in my heart for Queen Anne’s
Lace, as I used baskets and baskets full of it at
our wedding, combined with simple white roses
and ivy.  It was beautiful! 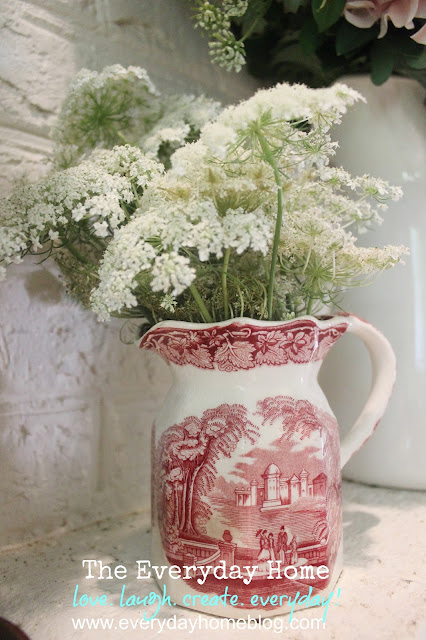 My son just shook his head at me.
“Are you blogging?”
“Yea,” was all I said.  It was all that was needed.  🙂
My grandson’s were fascinated that Grammy had
climbed over a fence, tromped through a field,
jumped a ditch bank (I still got it!  LOL) and came
back with these delicate little blossoms.
They know that Grammy “blogs” although I am
positive they have no idea what that means.
(For that matter, most adults don’t either.  Haha) 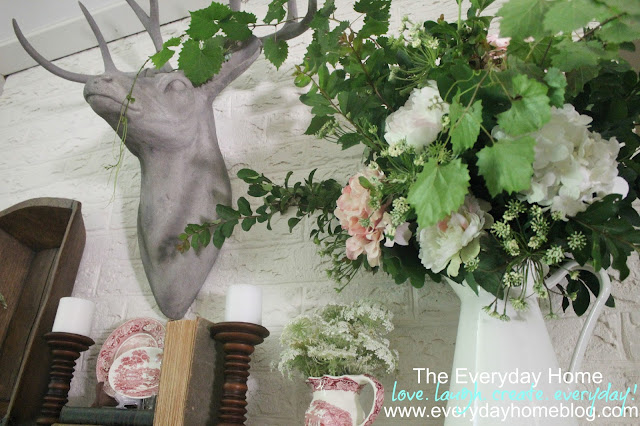 “Grammy, what you got?” they asked, meeting me
at the fence.  “What are those flowers for?”
“They’re for Grammy to put up on her mantle,” I
explained.  “They are called Queen Anne’s Lace
and it’s one of Grammy’s favorite flowers.”
I handed each child a bloom.  “Aren’t they pretty?”
I asked.  Roo started trying to blow it like a
dandelion.  🙂
Cole, the oldest, and much wiser in all of his
7-year old lifetime of experience, quickly
reminded me that I usually get my flowers at
the grocery store.
“You’re right,” I agreed.  “Most of the time I do
get my flowers at the grocery store.  But, this kind
of flower grows wild and you can’t get them there.
You have to go out into fields and on the sides of
ditch banks.” 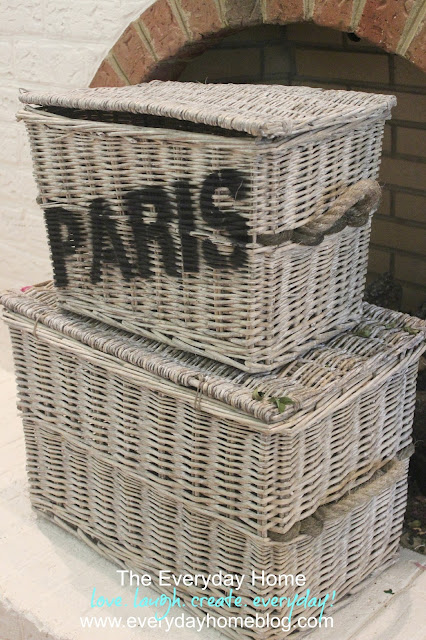 “But, why Grammy?  Why do they grow on ditch
banks and not at the grocery store?  That’s a weird
place to grow.”
I looked at him, and suddenly I saw myself in his
eyes as the angry teenager that could not be at the
beach with my other friends when I had to spend
my Summer working in the fields.
I saw my own son at his age when he was upset
that we had to move again, and leave his friends
behind – again.
Suddenly, I saw my Mama with the love and
understanding in her eyes that I had seen so many
times.  I bent down, looked him in the eyes and
said…
“Sweet baby, sometimes you just gotta bloom
where you are planted.” 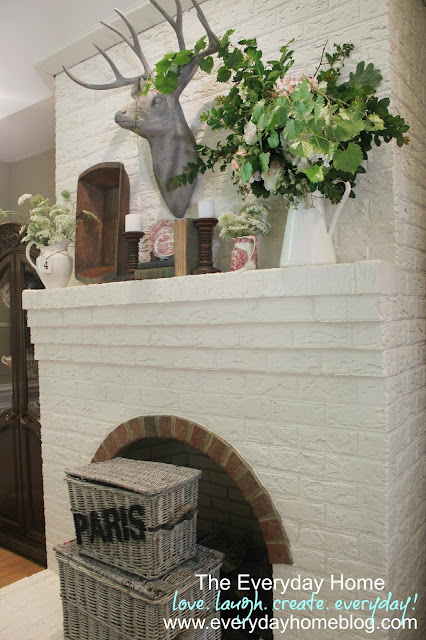 Amazingly, he didn’t roll his eyes and stomp away.
Maybe he didn’t inherit that particular gene.  😀
Oh, and for the record, what does my friend
“Buck” feel about being surrounded by a mantle
full of wild, lacy ditch-bank flowers and pink
dishes? 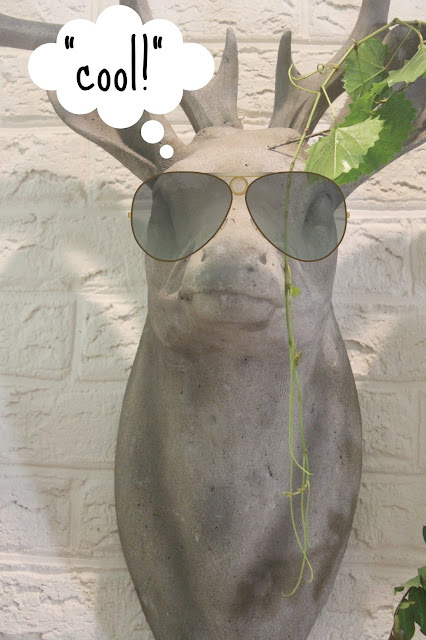 If so, I would love for you to follow me
by email so you never miss an update!
Enter your email address to follow The Everyday Home:
Delivered by FeedBurner
You can also follow me on FACEBOOK,

PINTEREST, and HOMETALK
{As always, I love for you to PIN with me!

Simply click the “Pin With Barb” Button below
to pin all of these pics and more!} 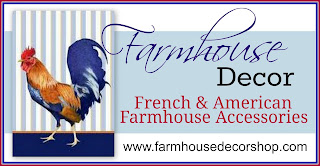 « Happy Flag Day
Tasty Tuesday #6 (The Fruits of My Labors) »