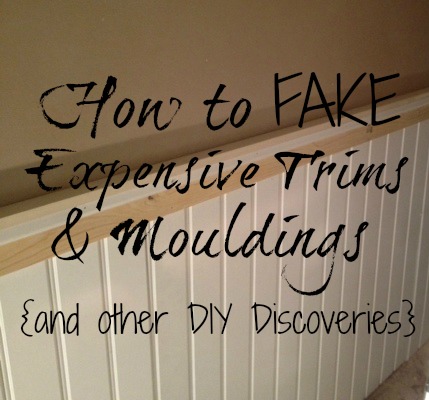 Life is all about discoveries isn’t it?

you want, and someone will come along and put on a clean one in its place.

And powder your little tush and talk silly to you all at the same time. 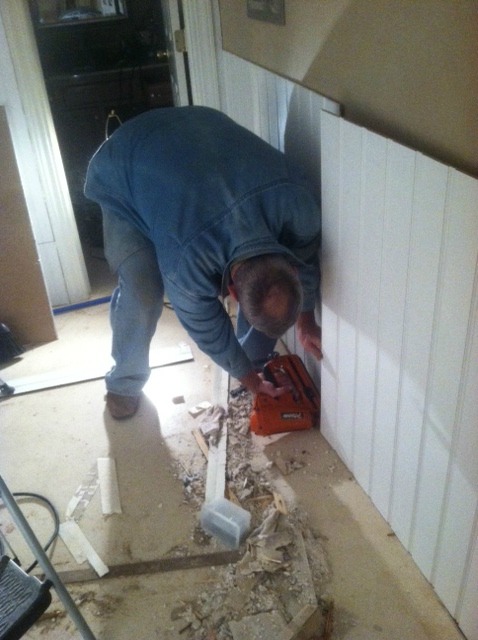 Then, as you grow older – there are the discoveries that are rather upsetting once

you learn of them.

Like the fact that Velveeta is not REAL cheese.

How can that be so?

Even today, I struggle with this discovery.

I mean – it is the main component of a good  Mac ‘n CHEESE.

It is the guts of a grilled CHEESE sammy.

So how can that possibly be that Velveeta is not a real cheese.

Do you know how devastating that is  to a Southern gal? 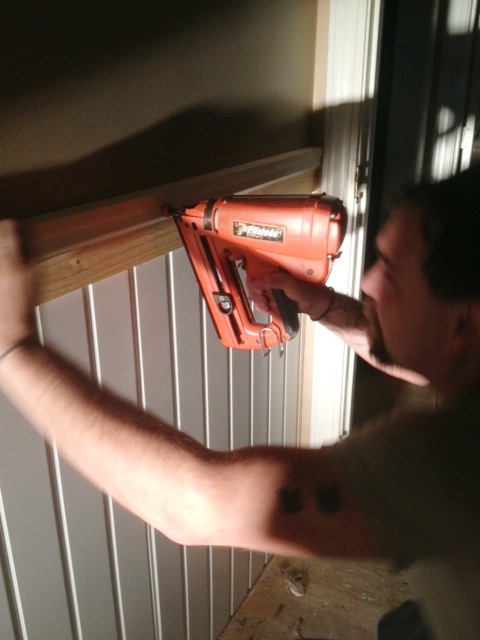 Then, there are other types of discoveries.

Such as realizing that your one week schedule to have the laundry room/pantry completed was…well, comical.

Who was I kidding?

(as we are half-way through week 2) 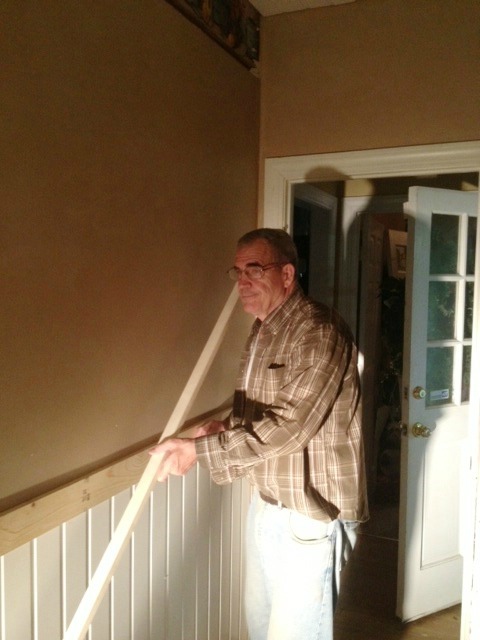 Now I will say, it isn’t for lack of effort from my dear hubby and son.

In fact, they have worked their little tushies off while I laid on the couch wrapped in quilts from head to toe,

It appears the docs have discovered I am dangerously anemic.

Or as I call it, dangerously useless. 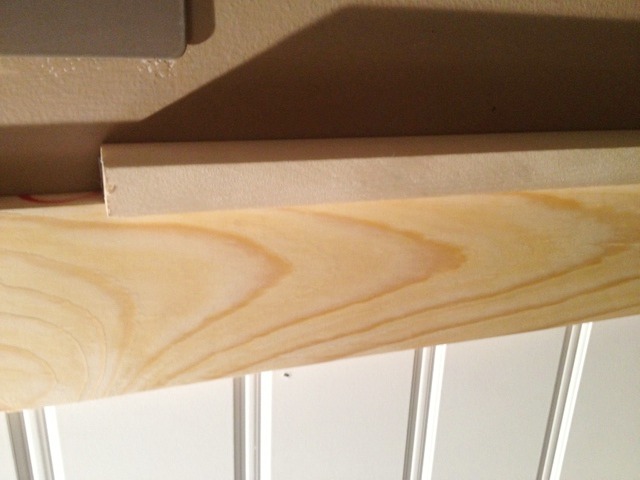 But, I do see an end in sight.  Today, I am crawling out from under the mountain ‘o quilts and

tackling some more painting and caulking.

But, I wanted to share this tip…well, y’all already know this tip probably.

If I had not been so busy “rah-rah-rah’ing” in high school with pretty blue and white poms,

discovered this so much earlier.  🙂 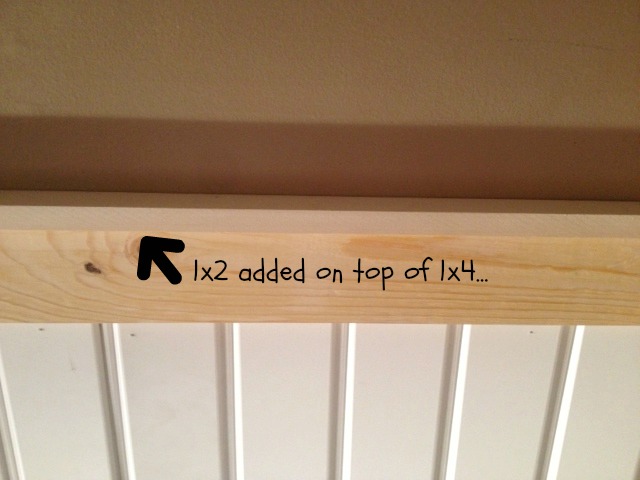 Did you know you can “fake” expensive trims and mouldings?

A little 1×4, a little 1×2 and some inexpensive trim moulding…

Oh my.  It’s like the best fake since Milli Vanilli put out their best-selling album.

(Another “discovery” that blew me away?

You’re welcome, you know you will be singing this the rest of the day now.  😀 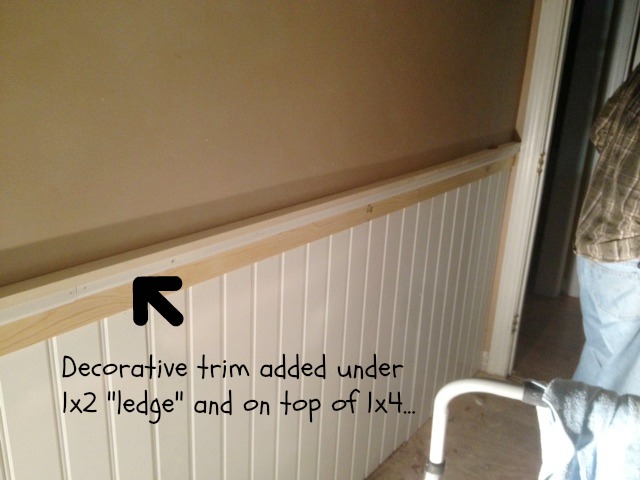 But here it is – layered mouldings in all of its faked glory.  (sans caulk and paint, of course)

And speaking of caulk… I have discovered one other thing. 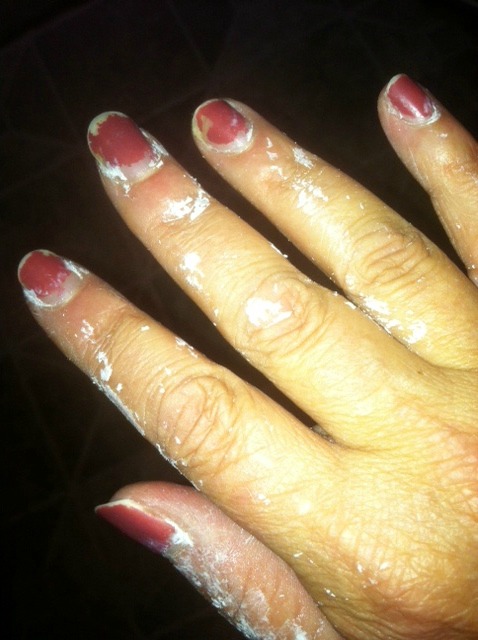 DIY works havoc on your manicure.
My pom girls from high school would sooooo not be impressed with me right now.
And it’s not so much as a discovery, because I already knew – its more of a reminder –
but I have the most amazing husband and son for being such troopers during this project.
We are almost through.  In fact, the new washer and dryer gets delivered on Saturday.
(which is a good thing b/c I just did a clean undy count and its gonna be darn close!)  eek
So I am going to mentally pull out those pretty blue and white poms and mentally give myself a cheer:
“You can do it, I do declare!  You have no choice, you’re running out of underwear.”

If you loved hearing about my lack of underwear, or this project –
I would love for you to share it on your favorite Pinterest Board…
You can also follow me on PINTEREST and see some of my
amazing “POSTS OF THE DAY” on FACEBOOK.