Pin1
Share
Tweet
Share
1 Shares
Bramasole, Italy.
Never been there.  I’ve only ever been to Rome.
But, it’s on my Bucket List ever since I fell in love
with the movie
Under the Tuscan Sun. 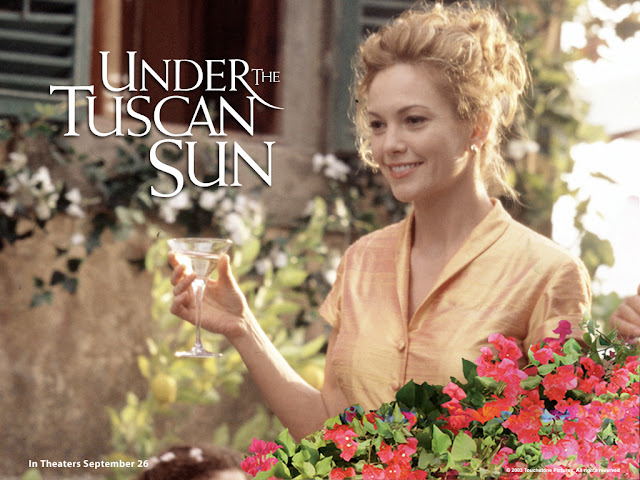 I think this was Diane Lane’s most beautiful role.
It is one of my Top 5 Fave Movies.
I think we all secretly have a wish to sneak away to Italy
or France or some beautiful European country,
buy a run down estate and fix it up…
and have a brief romance with a hot stud on the beach.
haha
(ok, maybe not that last part)
Last weekend, I visited a place FAR from
Bramasole, Italy. 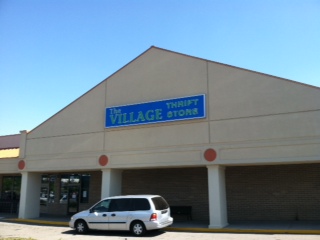 The Village Thrift Store in Woodbridge, VA
sigh…so many treasures, so little time.  🙂
It was a bit unusual for a thrift store, because it featured
a small area of the store which featured more
“high end” items.
What? A High End area in a Thrift Store?
I think it’s a great idea.  Because I went straight to this
section.  Saved me lots of time.  LOL
I found a lot of silver and crystal, but I also found
these dishes, almost a full set. 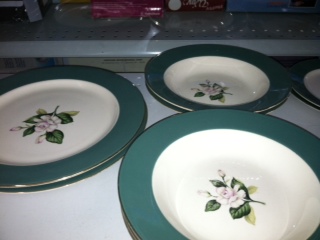 Susan at Between Naps on the Porch will recognize these.
Some of you who Tablescape may recognize this as a
pattern similar to the one she uses on her
Tablescape Thursday Button. 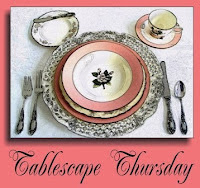 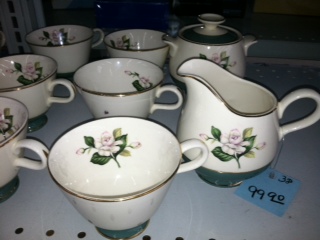 Yep. That’s the price.  $99.90
Now I know what you’re saying.
“That ain’t no Thrift Store price!”
It is if you think what you would pay in an antique store.
So, you can only imagine what went through my mind when
I turned the corner and came across this. 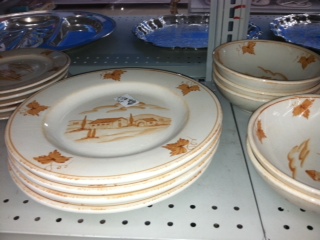 I wasn’t 100% sure but thought it was Vietri.
I was right.
I got all giddy inside, I could hardly believe there were
so many pieces.
8 plates, 6 salad plates, 6 bowls,
salt and pepper shakers (and an extra shaker?)
6 soup bowls, 2 serving bowls… 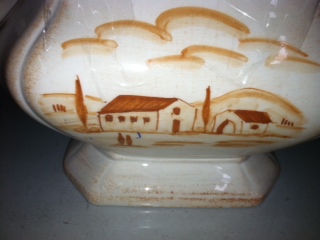 A beautiful soup terrine WITH the lid… 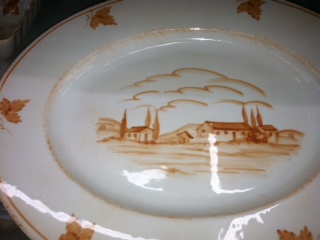 A gorgeous large platter…
And are you ready for the price? 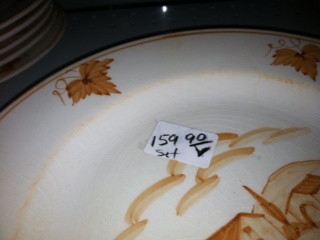 Vieni a Mama.
That’s “Come to Mama” in Italian.
🙂
I gave it some thought, but talked myself out of it.
Did I REALLY need more dishes?
Had I not just made a secret pact with myself I would
not buy any more dishes?
I literally walked away from this find and left
the store.  I immediately posted pics to my sweet friends
on Facebook.  I thought they would be the voice of reason
and say “Barb, remember your no more dish” pact?
Kathysue at Good Life of Design
was NO help at all.
In fact, we have dubbed her THE ENABLER.
🙂
She DEMANDED I go back and get them asap.
Actually, she just suggested I do, based upon the price.
I made haste back to the store,  sickly nervous they
would be gone, thereby forcing me into a life of
dreading the day I walked away from these dishes…
Thirty minutes later, after bargaining for them
for $135 for the set …
(hey its a THRIFT store)  🙂
I walked out with two huge boxful’s of beautiful
Italian pottery. 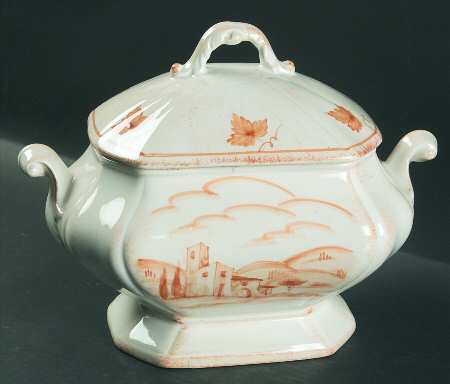 (I will just say this…each plate sells for about $65,
so I think I made a pretty good choice.)
So, what does Bramasole, Italy; Diane Lane and these
Thrift Store dishes have to do with each other? 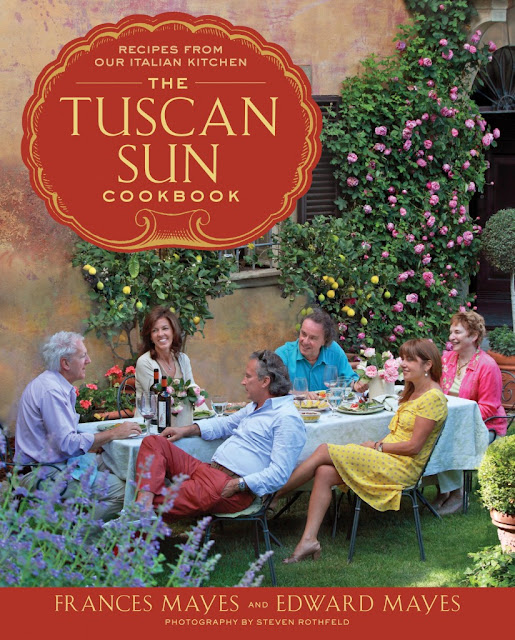 After some research, I discovered that these dishes were
released by Vietri for the movie
Under a Tuscan Sun, written by Frances Mayes.
The pattern is named Bramasole.
So, I guess it was meant to be,
Most likely, my future does not hold the chance for me
to go to Italy and buy a run down Italian
Estate, fix it up and have a hot beach
rendezvous with a young Italian stud-muffin – 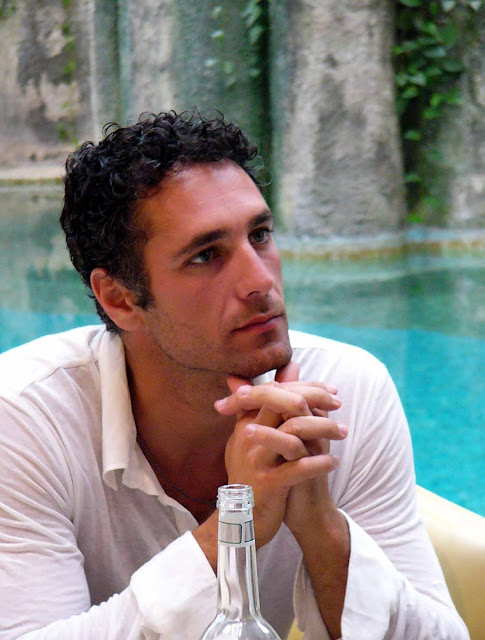 …but, I now own my own “Bramasole.”
I can’t wait to create a tablescape with them.
Soon. Very soon.
(she says while rubbing her hands together)
🙂
Ciao, Barb


I am joining Rhoda at
Southern Hospitality
for Thrift Treasures.